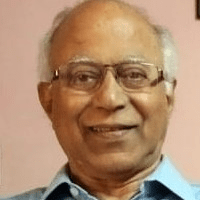 N.Rajendran is an 81 years old philanthropist / agriculturalist / industrialist / entrepreneur / educator. He was but a boy of 20 when he married into the legacy of D.K.Gurunatha Chettiyar, a widely renowned philanthropist who considered education to be the driver of social change that the then newly independent India needed. Heavily inspired and influenced by his generosity, Rajendran set out to live a life of social service and care. Being a man who thrives on innovation and adventure, he dipped his feet in various sectors before, like his predecessor, settling on education as the object of his 35-year old love and dedication. He founded the Dawn Group in an era when English-medium schools were scarce in the Dharmapuri district. As indicated by his range of professional undertakings, he is a man of many talents. As an ardent sportsman, he served as the Vice President of The Tennikoit Association. He was also the District Commissioner of Scouts and Guides, Dharmapuri. He has served as the PTA President for Avvaiyar Girls Hr. Sec. School, Dharmapuri, for more than 20 years. He was also the President of the Tamil Sangam, Dharmapuri. In his off-days, this self-taught, keyboardist winds down through yoga, playing tennis and belting out tunes from the Golden Age of Indian music.

Udayakumar was a high-earning software professional working in Los Angeles during the Silicon Valley boom when he decided to quit his job and come to India. Unwilling to lose a man of quick intelligence and unwavering integrity, the LA based company opened a branch in Chennai which he was asked to head. His journey from then on is like no other. Boasting a legacy of esteemed institutions like The Anna University, The BITS Pilani and The University of Southern California, he dropped a lot of jaws when he left Chennai for his hometown Dharmapuri. His vision was to industrialize Dharmapuri and turn it into a software hub that provides jobs for the youth and a higher quality of living for the townspeople. In lieu of realizing his dreams, he set up office in Dharmapuri for a Boston-based, Wallstreet accredited, multi-national company that has secured 16 State Governments in the USA as their customers. For almost 2 decades, he has been its Director of Software. Over the years, he has trained hundreds of engineering grads, some of whom have become entrepreneurs themselves. He has always wanted to create a vibrant and model educational institution that creates global citizens who are not only intelligent but are also morally and socially responsible. 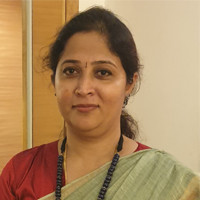 Savitha Uday is many things- a mentor, a team builder, an entrepreneur, an educator and a great leader. But above all, she considers herself a mother. Her passion for designing pedagogies and teaching stemmed from her days as the young mother of two overly curious but easily distracted daughters. She had to come up with various resources and techniques to capture their undivided attention for more than five minutes. Her love of working with and for children only grew from there. This is reflected in every facet of Dawn including its mission, vision, curriculum and pedagogy. She is of the strong belief that there is no such thing as a bad child or student. If a good teacher/parent took the time out to learn a child’s cognitive process and language, he/she can sow the seeds for greatness. To this effect, she conducts positive parenting workshops annually. Savitha also has an unusually good eye for team building. She is excellent at bringing like-minded people together whose goals align with the ideals and vision of the school. She has that knack for making any person genuinely respect and love working with her. Savitha also values creativity and is naturally inclined to arts. After a busy workday of putting out fires, she winds downs by painting, gardening and landscaping.

Shruthi Uday is an MBA graduate who did her UG in communications. Thus she knows that how a subject is presented to children is as important as the subject matter. With this in mind she is always on the lookout for new innovations, tools and techniques in the field of education or sometimes from other fields which she can incorporate into Dawn’s pedagogy to make classes more interesting and palatable to students. Shruthi strongly believes that children shouldn’t be wasting away in a classroom all day. They should be watching movies to understand emotions, visiting gardens and parks to learn about nature, making friends globally to learn a new language, reading newspapers to understand politics and economics, stargazing to learn astronomy, throwing parties to learn event management and basically be doing a host of different activities that broaden their minds to reach beyond the scope of textbooks. In an arena of schools that compete based on marks and grades, Shruthi believes that it falls on Dawn to shift the competition to better pursuits that focus on quality, career, lifestyle, self-actualization and social responsibility. In her free time, Shruthi likes to paint, cook, read and write poetry. 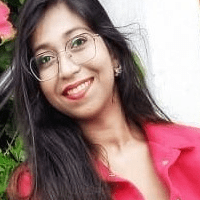 People who discover their true calling early in life are extremely fortunate. Selvam considers himself one of this rare group. He describes himself as a learner first and foremost and considers every day an opportunity to learn and discover.  He wants every student of Dawn to have a community network of learners who actively participate and enhance the learning process. He includes himself, the teachers who he trains, student peers and their parents in this network. A child’s learning involves an effective partnership between home and school. The stronger the partnership is, the more the child will benefit. Thus, he has created a school where teachers continuously innovate, and parents contribute at every step to ensure that Dawn’s students are engaged in meaningful learning. Selvam is an ardent patriot and believes it his duty to pass on the innate passion for discovery and the strong ethical and moral value systems of our nation to the next generation. To this end, he hosts several exhibitions, fests, discussions, competitions, and debates. Dawn Shikshalaya Public School is fortunate to have this idealistic and compassionate man at its helm.

With nearly two decades of experience in the education field, Kumaran Murugan knows the ins and outs of the service. Throughout his career he has served as a teacher, a vice-principal and an administrator. Thus he is able to meaningfully contribute to every facet of the school. He is known to be a down-to-earth and open person. He is also quite the social butterfly and has friendly relationships with people at every level of the education sector. He laughingly cites this as the reason for why he always seems to have a large network of people to rely on during a crisis. He is one of those amazing people who tends to find solutions instead of finding problems. Kumaran comes from a family of agriculturalists. Thus he learnt the value of patience and hardwork at a very young age. This omnipresent and eternally available man makes it a point to involve and integrate himself at every level. And therein lies his strength. There is no work too much or too menial for him. Thus he has a unique perspective for every problem or hurdle that arises as he is able to analyse it from the grassroot level. His presence is felt in every cog of the Dawn machine. 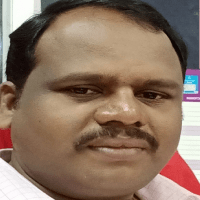