Mrs. Devi says that she chose to become a Police Officer as she loves to do social work. She wanted to do service for the people. As a student, she wanted to become a doctor, but life had led her down this path.  Mrs. Devi advices kids not to run on roads and not to cross roads at bends as such activities may prove to be very dangerous. She also asks young girls to be bold. They should be fearless and meet their problems head-on. She says the best part of her job is the respect she gets. As a woman, she says she can wear her uniform and patrol the town fearlessly in the night. That is the power her job gives her. There are also times when she has felt weary because of her job. She may get called to work in the middle of the night or in the early morning. In spite of all this, she says that she is indeed proud to be a part of the police force. 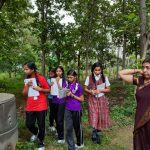 A Peep into Organic and Natural FarmingPenned by our Students 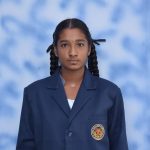 For the Love of EngineeringPenned by our Students